I recently visited the Luxembourg HQ of SES, one of the world’s biggest satellite companies (they have several dozen in orbit right now, all watched over by massive dishes arranged in a field a few miles out of the city). 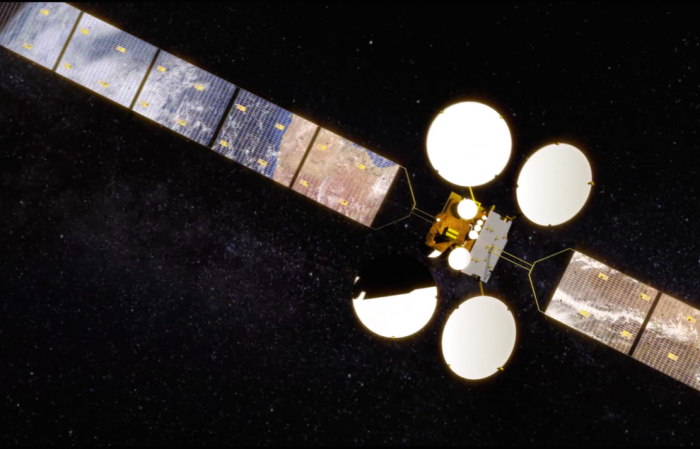 SES is facing big changes (like all tech companies). People are viewing less live TV and are switching to live streaming services like Netflix and BBC iPlayer. Live broadcasts need to be delivered to a mass audience in real-time: satellites, with their wide-beam broadcasting tech, have traditionally been the best way of achieving that and businesses like SES have been built up to meet the demand.

But with streaming services there’s less pressure to deliver the same broadcast to many people simultaneously. The viewers’ cornucopia of demands can be managed and met using the global network of fibre-optic cables.

Putting satellites into space and running them thereafter is a costly industry. Rocket launches are still rare events, even with the arrival of new private companies like Elon Musk’s SpaceX. And once airborne, the satellites must be carefully tracked, maintained and managed, hence the array of dishes in a Luxembourgish (Luxembourgian?) field.

By contrast, fibre is usually cheaper. Of course, it isn’t ideal for all purposes: a major football match, for example, requires broadcasting in very high quality to mass of people. Satellites are still often the best way to achieve that and the economics makes sense, with the costs spread across many viewers.

Nonetheless, companies like SES have had to move with the times, and are now providing internet connectivity as well as live broadcasts. They are aiming to serve the places in the world that the tentacles of fibre-optic cables cannot reach: oil rigs, ships, and of course planes (which is why you can now receive WiFi at 30,000 feet).

This requires a shift in how satellite tech works – from the traditional model of broadcaster-to-satellite-to-mass-audience, they are having to cope with a constant two-way flow of data. Usefully, there has been a concomitantly massive growth in the number of satellites in orbit. Traditionally they have been at geo-stationery orbit, following the Earth’s rotation to remain in a fixed relative position (which is why the dishes in the Luxembourgish field can remain fixed on one point in the sky).

SES’s newer satellites are in medium Earth orbit. It means that they are constantly changing their position relative to the ground, and that means the transmitter/receiver on Earth has to keep shifting to maintain a connection.

But on the other hand, opting for a lower orbit also means a shorter, quicker journey for the data the satellites are handling. It also allows for more satellites. There are dozens in medium Earth orbit, and they’re smaller than the hulking geostationary giants.

The next big thing is low Earth orbit satellites: even smaller, and even greater in number. Soon, tens of thousands will be wizzing around the sky, beaming data from one to another (and, ironically, introducing new hazards for those launches rockets, as they must be careful not to hit anything in the crowded heavens).